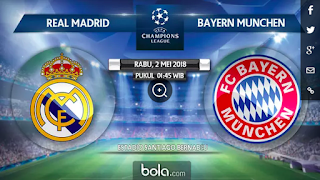 Bayern Munchen needed a miracle to get rid of Real Madrid in the Champions League semi-final second leg at Santiago Bernabeu on Wednesday (02/05/2018) early morning hrs. Throughout history, the team nicknamed The Bavarians had never risen after losing in the first meeting.

Munchen keok 1-2 from Madrid when the first meeting held at the Allianz Arena. Had superior first through Josua Kimmich, opposite camp play circumstances through Marcelo and Marco Asensio.

Meanwhile, Munich has been abandoned Chilean midfielder, Arturo Vidal, who had to pull over until the end of the season. The 30-year-old suffered a knee injury.

Meanwhile, Madrid confirmed without strengthened its flagship midfielder, Isco. The former Malaga man has not recovered after suffering a problem on his shoulder. 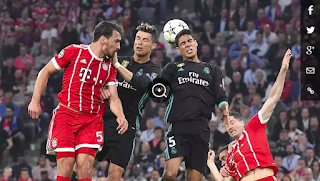