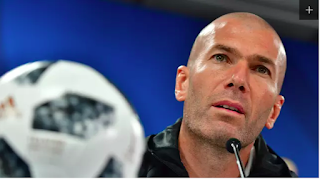 Cage Real Madrid, Santiago Bernabeu Stadium, is no longer considered a haunted or scary for the opposing team. The opinion comes after Juventus embarrass Madrid with a score of 3-1 in the second leg of the quarter-finals some time ago.

However, the coach Zinedine Zidane denied the assumption. According to him, the Real Madrid home is still one of the stadiums that make the opposing team wary.

One bad game alone is not enough to change that judgment. Moreover, support fanatic Los Blancos supporters are still high at the Santiago Bernabeu.

Read Also AS Roma Gets Bad News ahead of Opponents Barcelona

Pula, Zidane believes the same thing will not happen again when Real Madrid host Bayern Munich in the second leg (2-1) Champions League semifinals next week. In fact he insists his team will perform as best as possible to secure a place in the final.