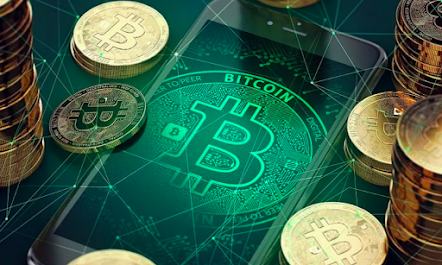 Bitcoin was introduced by Satoshi Nakamoto in January 2009. But actually bitcoin has been around since 2008. This means it's been 10 years. Unfortunately, Nakamoto's identity is unclear and is still mysterious until now. This currency is software controlled with an open system, so anyone can develop bitcoin without having to own copyright or ask permission first.

Starting from there, Bitcoin is used for various transactions, such as purchasing services such as games and so on. Buying and selling bitcoin is rife, so this digital currency is increasingly popular. Many people are crazy about bitcoin because the price keeps rising, although sometimes it also slides. Based on Coinbase, bitcoin is traded at a price range of USD 4,008 or around Rp58.12 million per coin.

If the price of bitcoin goes up high, the value is very tempting overnight. But even if it goes down, it can be drastic. The ups and downs of bitcoin prices is one of the risks of bitcoin investors. Although often dropped, bitcoin investment is still considered a money mine.

Eits, but don't hurry. Before you dive in to profit from cryptocurrency investments, consider the facts and risks of bitcoin investments:

If you are curious about who is the intermediary of bitcoin transactions, like banks in conventional transactions, then the answer is no. This type of digital currency is a direct transaction tool, because that is called using the Peer-to-Peer system.

Transactions using bitcoin are said to be safe. Because every transaction that uses bitcoin will be recorded and verified through a network. Then through cryptographic techniques will be recorded in a public data safe. This storage technology is called blockchain.

The inventor of bitcoin, Nakamoto lured people to make another blockchain so that data from bitcoin is maintained. Those who create the storage technology will be given a prize in the form of bitcoin. From there, the number of bitcoins in circulation increased. The process of making this blockchain is better known as mining or bitcoin mining, which means mining bitcoin.

2. The First Bitcoin Transaction: Paying for a Pizza Delivery

When it was first launched, only a handful of people believed in bitcoin. After Nakamoto mined his first bitcoin (referred to as the genesis block), the official bitcoin network operated. The first person to download the bitcoin application was Hal Finney, a computer scientist who is also a cypherpunk (the name for people who fight for cryptography). He then received 10 pieces of bitcoin from Nakamoto.

But Nakamoto disappeared after successfully mining a lot of bitcoin, estimated to reach one million copies in 2010. In the same year, a commercial transaction using the first bitcoin occurred. Computer scientist, Laszlo Hanyecz bought two Pizza pans from the Papa John’s Pizza shop for 10,000 bitcoin.

When multiplied by the current bitcoin exchange rate, Laszlo bought the two pizza pans at Rp810 billion. That's because the price of bitcoin has increased. When bitcoin first launched, the exchange rate of bitcoin to the rupiah was around Rp451 per chip.

Initially, bitcoin was used as the main payment method for the SilkRoad site, a portal of a type of buying and selling forum for all illegal goods and services. To access the site you need a special browser called TOR Browser.

4. The Inventor of the Bitcoin Satoshi Nakamoto Mysterious Figure

Although the bitcoin application was first registered by Nakamoto, but he is a mysterious figure. Until now, no one knew who Satoshi Nakamoto was. In a forum on the internet, he once mentioned if he came from Japan. When joining the forum, Nakamoto used the TOR Browser which made his IP address untraceable. 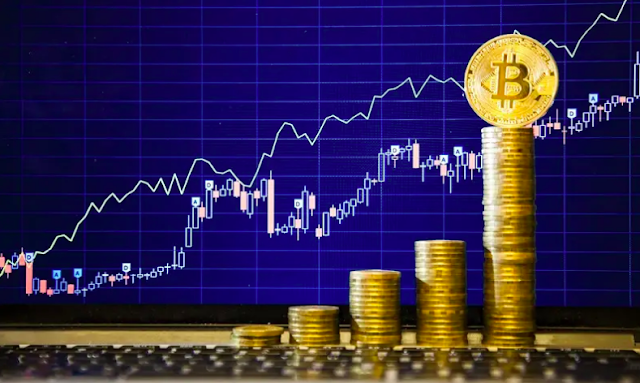 Despite giving this recognition, Nakamoto left no trace or a clear identity. Everyone is still looking for the figure of the inventor of the bitcoin. Some of the users and non-users of bitcoin began to give speculation.

The speculation that made the scene was that there was no one by the name of Satoshi Nakamoto. The name was used to protect the creator of the original bitcoin. Because in Japanese, Satoshi means wisdom or reason, while Nakamoto can be interpreted as a central source (central source).

Economists from all countries have given their analysis regarding bitcoin as an economic bubble. That is a phenomenon, in which the price of an item or service rises dramatically, until it is very high, then it breaks like a soap bubble being blown.

The analysis is not without reason considering the price of bitcoin which has climbed high. At the beginning of bitcoin appeared in 2010, one piece of bitcoin against the rupiah worth Rp451. About three years later, the price was around Rp800 thousand per coin. That means in three years, the value of bitcoin jumped 177,383% or up 1,773.83 times from its initial value.

Unfortunately, the growth of the value of bitcoin continues to skyrocket stopping there. After China banned the use of bitcoin as a transaction or payment instrument, the value of bitcoin dropped. At present, bitcoin to rupiah is traded in the range of Rp58 million per coin. If many investors are tempted by bitcoin investments, then the price continues to decline, it could cause an economic bubble that endangers the country's economy.

6. Bitcoin Is Not a Commodity or Stock

If you are still interested in investing in bitcoin or other digital currencies, you should pay attention to this one point. Unlike the stock or commodity markets, bitcoin has no clear sales basis. This means you are risking your money for something that can be worth zero. If we analogy, if there are no more people in this world who accept transactions through bitcoin, then your bitcoin will not have any price at all.

In other words, fluctuations in the value of bitcoin really depend on supply and demand (supply and demand) from users who are increasingly falling. The difference with stocks or commodities, if the demand goes down, you still have tangible goods in the form of commodities or company ownership rights of shares that you buy. So indirectly, you still have something that has value, unlike bitcoin which can become worthless.

7. Bitcoin transactions are prohibited in Indonesia

Bank Indonesia (BI), the Financial Services Authority (OJK), and the government confirmed that virtual currencies including bitcoin are not recognized as legal tender, so they are prohibited from being used as a payment instrument in Indonesia.

This is in accordance with the provisions in Law No. 7 of 2011 concerning Currency which states that currency is money issued by the Unitary State of the Republic of Indonesia (NKRI) and every transaction that has a purpose for payment, or other obligations that must be fulfilled with money, or other financial transactions carried out in the territory of the Republic of Indonesia must use Rupiah.

Virtual currency ownership, including bitcoin is very risky and full of speculation because there is no responsible authority, there are no official administrators, there are no underlying assets that underlie the price of virtual currencies, and trading values ​​are very volatile.

Thus, they are vulnerable to the risk of bubbles, and are prone to being used as a means of money laundering and financing terrorism, so that they can affect the stability of the financial system and harm the public. Therefore, as a monetary authority, BI warns all parties not to sell, buy or trade digital currencies.

Think Mature, Your Risks Bear
If you keep investing in virtual currencies, including bitcoin in Indonesia, then if things happen that are not desirable, it is a risk that you must bear yourself. So before deciding to mine bitcoin, think carefully first. Don't regret it later on. The choice is in your hand.