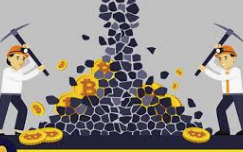 Smartphones are not currently a prestigious item used for gaming and social media. But behind the ability of a smart phone, we can benefit without having to damage it.

Also Read: How to Play Binomo For Beginners To Satisfy Results

What are the capabilities of a smartphone that we can use? In general, smartphones are used for business purposes. Among them are establishing relationships with customers through social media.

As a tool to promote business, both jada and goods. The most is to get paid from the application by watching. And the latter is rarely used, which uses bitcoin mining applications on Android and iPhone.

Mining is an activity of mining cryptocurrency which was previously mined through a computer. As technology develops, the use of gadgets then enlivens the mining pool so that mining can use mobile phones.

Moreover, the processor used in high-class gadgets, can speed up getting coins. There are several best ways to take advantage of smartphones that are no longer used. Usually because of the small screen size, then no longer used. This phone can be used and is useful for getting crypto.

How do we make it easy to maximize cell phones that are not used, or rarely used?

Minergate is an open mining pool where people use their computers to add hashing power to thousands of other miners. Minergate is available for download and use with a PC or laptop. But unfortunately the Minergate bitcoin mining pool closed last April 2019.

Now Minergate is available in a mobile application to control mining remotely via a smart phone. In this app there are several crypto currencies that can be chosen to be mined.

If the phone is not used for activities, use the High setting, but it will quickly drain the battery. If you use a cellphone, then simply setting Low. What coins are chosen for mining on mobile phones? Choose Monero (XMR) coins because they sell the highest value in their class

Why can't mine bitcoin on mobile? It is important to know, that bitcoin mining applications on Android are very unlikely. Some apps that offer bitcoin mining on mobile phones definitely use the Monero cryptonote algorithm.

The Monero coins obtained are then converted to Bitcoin. Bitcoin mining is currently only possible through computers with high graphics cards. At least you need capital of 30 million per mining rig.

So, the most potentially producing crypto currency on Android is Monero coins. It is a very long time to collect Monero coins, but there are practical ways that you can earn in the long run. The following explanation can be used as income and long-term investment. 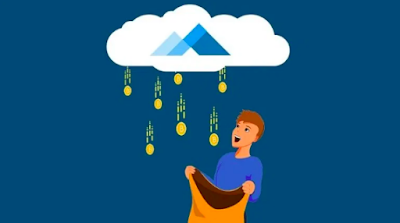 Unfortunately the Minergate mining pool for bitcoin has been closed because its profits have declined. However, the mining results can then be converted into Bitcoin.

This rental fee is only paid once, then we just sit back and receive income every month. Because operational and maintenance costs will be deducted from the coins generated, so we no longer pay anything.

Enough to pay, the results of this automatic cryptocurrency mining will continue for years. We will get an estimated profit sharing of 60 percent, while 40 percent will be used for operations.

The price is also not expensive, bitcoin cloud mining starts at 5 dollars, and Monero is 11 dollars. The results of the coins obtained later can be reinvested to improve cloud mining. For those interested in bitcoin mining applications on Android, you must register first at Minergate.