What is Mining Bitcoin? Complete Guide for Beginners

What is Mining Bitcoin? Complete Guide for Beginners -  If you enter the world of Bitcoin and cryptocurrency, it's impossible if you've never heard the terms mining bitcoin or mining Bitcoin. What is bitcoin mining? What comes to mind when you hear the word mining or mining cryptocurrency is that someone is digging the ground to mine coal, gold or something else.

What is Mining Bitcoin? 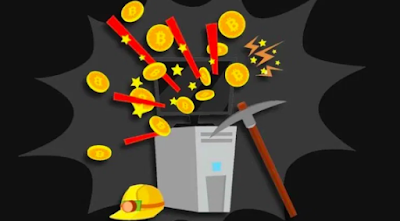 Mining Bitcoin is one of the activities carried out to get Bitcoin which is the most popular digital currency at the moment.

The difference is not using heavy mining equipment, but using a computer. To understand the process of mining Bitcoin, we must return to the basic concept.

The technology behind cryptocurrency is the Blockchain, which is a block chain containing cryptographic components. In short, users must solve a math problem to receive Bitcoin as a reward.

Bitcoin mining is done by computers with high computing power. Then it requires high electricity costs to solve complex computational math problems (so complicated that it cannot be solved by hand, and indeed is complicated enough to tax even a very powerful computer).

The main purpose of Bitcoin mining is to enable the Bitcoin node to reach consensus that is safe and hassle-free. Mining is also a mechanism used to introduce Bitcoin into the system: Miners are paid transaction fees as well as new "subsidized" coins.

Both of these are in accordance with the goal of distributing new coins in a decentralized way and motivating people to provide security for the system.

How it works to mine Bitcoin 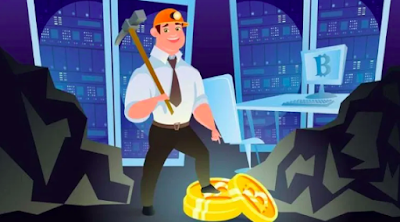 The results of "bitcoin mining" are twofold. First, when computers solve this complex mathematical problem on the Bitcoin network, they produce new bitcoin, unlike when mining operations extract gold from the ground.

Bitcoin mining flow starts from verifying whether the transaction is valid or not, then collects these transactions in one block. To complete the new block, a hash is required from the previous block header.

Then it must solve the Proof-of-Work problem, and when the solution has been found, the new block is added to the blockchain and distributed to the network. Because of this extremely complicated process, it's no surprise that the price of Bitcoin is so high. 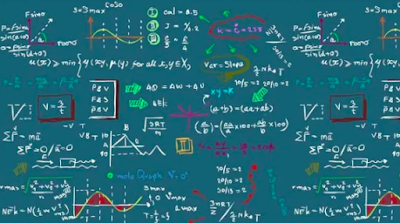 What they actually do is try to produce a 64-digit hexadecimal number, called "hash," which is less than or equal to the target hash.

Red Also:   How to use binary options in Binomo

The current block difficulty level is more than 13 trillion. That is, the chance of computers generating hashes below the target is 1 in 13 trillion.

Fortunately, the computer system used to mine Bitcoin has many more hashed possibilities than that. Despite this, bitcoin mining requires enormous energy and sophisticated computing rigs, but more about that too.

The difficulty level is adjusted every 2016 block, or approximately every 2 weeks, with the aim of maintaining a constant mining level. This means that the more miners compete for solutions, the more difficult the problems that will occur.

At present, bitcoin mining is so competitive that it can only be done profitably with the latest ASIC. When using desktop computers, GPUs, or older ASIC models, the actual energy consumption costs exceed the revenue generated. 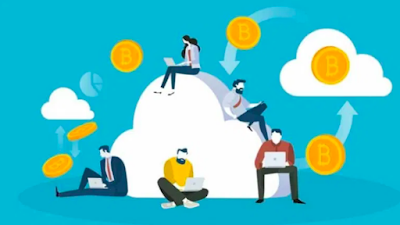 Cloud mining is the process of purchasing CPU power from a data center that uses equipment to carry out cryptocurrency mining activities such as Bitcoin (BTC).
The advantage of this approach is that you don't need to have in-depth knowledge of hardware mining, or buy expensive and unreachable equipment.

Renting ‘hash power‘ (sometimes measured in Gigahertz per second or GH / s) also means there is no need to deal with heat and noise in a DIY mining project.

Also Red:   How to play Binomo for beginners so that results are satisfying

Most of these companies have their own equipment or make it at low cost and place their data centers in countries like Iceland and China. The country is known to have cheaper electricity costs, which is useful to get your profits and savings.

Mining Bitcoin is one way for you to get Bitcoin. To get it, you need to know how to do it right.

But keep in mind that mining Bitcoin is not an easy thing to do. Therefore, if you are not yet an expert, it's better to use the services of a Bitcoin miner or usually called a more skilled miner to do it.